It was around 4 years ago when I received the message from one of my best friends saying: ‘I think it’s time, I’m moving back to Spain.’ And my world fell apart… 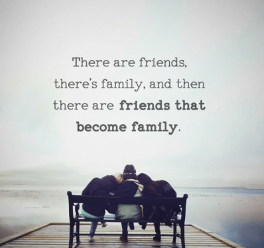 So fresh in my memory, it was 2008 and I have just moved to Brighton, UK. Came over not knowing anyone and with only about 500 pounds to last me until I get myself a job (which was actually a lot easier than I ever thought 💪🏻). Anything would do, so working in the restaurant with my still pretty poor English was like striking a gold.

Job was exhausting, properly underpaid and I smelled like deep-fried fish every single day. But that place, not only gave me experience in wrapping fish and chips as a world master, but long lasting friendships that can only be built over sweat and tears (and a lot of salt and vinegar with occasional tartar sauce 🤮 ).

Wild and crazy, with very strong Spanish accent and friendly beyond belief. She took me under her wing and over next few years became one of the most important and closest people I’ve had in Brighton. Friendship that was built during endless parties, bottomless drinks (that girl really knew how to party), hangover days at work. What might seem like a very poor foundation for friendship, proved to work and 10 years on we are still as strong unit as ever. 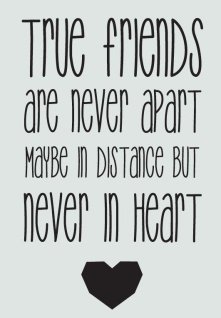 3 years go and counting Roky has moved back to Spain, to fulfill her promise to her parents and start her ‘adult’ life next to them. That day, sometime in future, always hang over her head but as she fell in love with life in Brighton, with people who didn’t just become her friends but also her family, that day also felt far away and just lurking in the distance, nearly invisible but still present.

When time came to pack her possessions and her memories and take them with her, she convinced herself that she will find new happiness back ‘home’, but only under condition that she will come back, a lot. And she has.

Thanks to her never ending trips back to UK and maybe thanks to my trips to Spain, we have managed to keep our friendship alive. We have seen each other countless times but don’t really speak much otherwise. 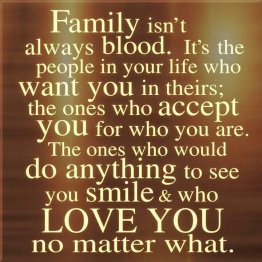 Both of us getting on with our lives, making future plans and just naturally progressing towards real ‘adulthood’, we lost daily touch with each other. But over years I’ve realized, it doesn’t really matter because every time we see each other, it feels like no time has passed. We both ‘grew up’ but never grew apart.That’s how I know we are true friends. That’s why I consider Roky and always will, my family.

Through good times and through bad, she stood by my side. Accepted my bad decisions (after voicing her disapproval loudly first 🙄), supported me and gave me advice (not always the best one 😜), encouraged me to follow my dreams and despite our differences we always found a way to work things out.

Something over 3 years ago, the person closest to family I’ve had next me, has moved 700 miles away and however hard it might be sometimes, I know that no matter where we end up, what we do, how we live, the next time we see each other, it will again just feel like yesterday.